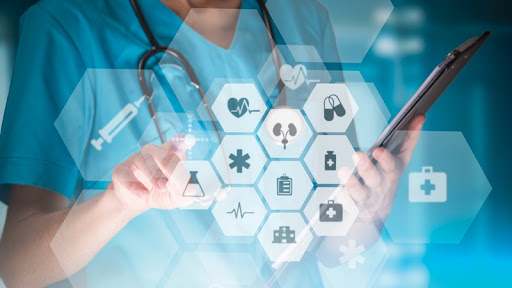 It is understood that up to now, there are 180 national standards and 727 industry standards for medical devices in China, which can be said to have a certain foundation. Nevertheless, the reporter learned in the interview that the update speed of medical device standards is still very slow, which to some extent inhibits the enthusiasm of domestic enterprises to innovate.

Xu Peiquan, vice president of Zhejiang Medical Device Industry Association, told reporters that he had been looking forward to the standard updating for a long time. The opening of the management center is a good start. In recent years, China’s medical device industry has developed rapidly, and the total value of import and export has increased year by year. In 2009, the total import and export volume of China’s medical device products was 18.349 billion US dollars, a year-on-year increase of 12.69%. In the environment of economic globalization, technical barriers to medical devices have gradually become an important factor affecting the development of medical devices in China. It is imperative to strengthen the research on medical device standards.

In response, Wang bizhan, executive deputy general manager of Shenzhen Anke High Tech Co., Ltd., said in an interview with our reporter: “the new medical reform has heated up the demand for medium and low-end medical device products in the primary medical market. However, due to the” aging “of some standards, the market is full of medical device products with uneven quality. Low level products through low-level competition, so that high-quality enterprises into the price war is difficult to get out of the war, the value of high-tech standards has not been properly respected and reflected, now a special management organization has been set up, hoping to become a booster of standard update in the future, and lead enterprise competition to science and technology. ”

“There is also a very important reason that the emerging new products directly challenge the medical device standards.” Hu Junfei, general manager of Zhejiang Lingyang Medical Equipment Co., Ltd., told reporters that many domestic enterprises are facing an embarrassment and helplessness: new products have been developed. Due to the lag of relevant standards and the lack of approval basis of competent departments, they are very cautious and even conservative in the registration and approval of new products. In the final analysis, it is the lack of standards that makes many good products wait for time passively, but lose the market.

Tao Duchun, President of Shenzhen medical device industry association, believes that upgrading standards is the only way for industrial development. However, in this process, we should pay attention to two problems: one is the cultivation of compound talents. “This is very important. At present, there are too few comprehensive talents who understand both standardization and medical device technology in China, which is the key to the construction of Medical Device Standardization in China. In addition, our awareness and ability to participate in the formulation of international standards, communicate with international advanced technologies, and actively improve standards are not strong. In addition, the lack of funds for standardization construction has resulted in the passivity of updating the standards of medical devices in China Tao Duchun said.

Looking forward to the unification of standards

With the continuous expansion of China’s medical device market, it not only attracts domestic enterprises, but also makes foreign giants covetous. In this feast of unequal opportunities, domestic enterprises must upgrade themselves if they want to settle down.

How to upgrade? Hu Junfei does not hide his worries: at present, many enterprises do not have the conditions for promotion. There is a big difference between the domestic standards and the international standards. In addition, there is a serious gap between the teaching and research in the process of school education. The standardization construction of medical devices in China still needs a long time to learn and explore. “In particular, there are not many medical device products integrated into the standardized index design scheme in the R &amp; D stage, which is just necessary.”